AC/DC The Savage Tale of the First Standards War

For a number of years, I've enjoyed telling the story of how Thomas Edison managed to convince the authorities in New York to use AC rather than DC to power the nation's first electric chair. He then began talking about that "deadly AC" in his efforts to make the nation's early electric grid DC rather than AC. His last great hurrah in that effort, was the widely publicized killing of Topsy, a rogue circus elephant, with 6000 volts of AC.

Thomas Edison, for instance, didn't really have a working electric light bulb when he began publicizing and building the first DC power grid in NYC. He told everyone he did, but in fact, he did not. He sold the grid on the basis of providing light, but his light bulbs, up to that point, were failures, with the elements burning out almost immediately. He got it figured out just in time to forestall an embarrassing disaster (not to mention financial ruin).

It's not only of historical interest to look at how electrical standards became part of our routine life, but it can also serve as a guideline for perceiving our future. McNichol hints at this in his closing chapters with a brief discussion of the Sony Betamax versus the VHS video tape war, and (at the time of his writing) the still emerging battle over HDTV.

One thing is clear; the best technology isn't always picked as the best standard. The human element is paramount. I recall looking at two computers side by side many years ago, with one running MS DOS as its operating system, and another running on Texas Instruments DOS. The TI DOS was easily superior, but fell aside as Bill Gates and Microsoft won the operating system war.

Anyone will benefit from reading about the emergence of electrical standards. It's difficult to imagine our culture without electricity, and had Edison's vision of the electrical grid prevailed, many things that we now accept as standard would be different. Not necessarily worse, just different.
Posted by Eddie M at 1:56 PM

Labels: AC/DC The Savage Tale of the First Standards War 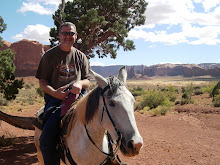